Janice joined the REWIND programme to reduce her weight and live a healthier lifestyle. She lost a total of 21kg by the end of the programme. 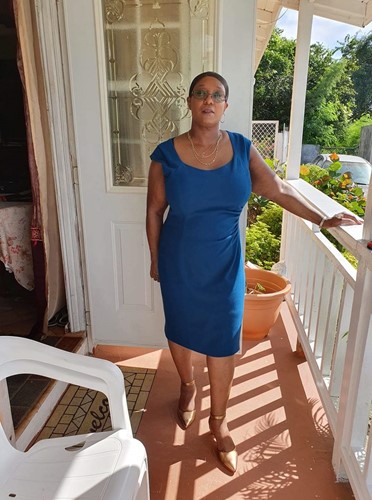 I didn’t know I had diabetes until July 2019. I went to the doctor because I had a bite on my leg which had caused my leg to swell up and I couldn’t walk. The doctor sent me to the hospital to have a blood test and I received the results the same week. They showed that I had diabetes with an HbA1c of 48.

I only went to get my leg checked and I walked out with diabetes.

I was going on holiday that same week and on my return, I had another blood test done and I was still at 48. So the GP said “look, I don’t want to put you on any medication, so there is this programme that I think you will strongly benefit from” and it was the REWIND programme.

My mum, my husband and a lot of my mum’s relatives have Type 2 diabetes and so I just thought I was meant to have it. I had no idea that Type 2 diabetes could be reversed until I heard about the programme. I decided I wanted to get on board with it because I didn’t want to take any medication or to be put on insulin.

The programme was not without its challenges and an initial challenge for me was not having sugar in my tea. I started having black tea with no sugar and thought it tasted horrible! However, I found that if I drank it hot it would be fine, but if I left it to cool down, it didn’t taste so great.

I was helped by the fact that I started a new job a few weeks prior and so I wasn't in my car as much. I was walking and taking the bus or the train, so that helped with the transition from my old world into my new world.

When I started my new job, I had informed all of my colleagues of what I was doing and that I might get a little antsy and ‘hangry’.  Fortunately, however, that was not a major challenge because I was drinking lots of water which really helped me. I was expecting to experience all the side effects such as mood swings, hunger pangs and tiredness but I didn’t experience any of those.

I think that focusing on my new job and learning new things kept me going because I didn’t have time to think about being hungry. I was constantly being offered cake at work and I was finding it easy to decline.

Because I had started so many new things at once (new job, walking to work, new colleagues, new offices), starting the programme didn’t feel so different. If I were still in my old job and still driving back and forth, I don’t think it would have been as easy because of old habits, but everything was new for me.

I started the food reintroduction phase early while being away in Barbados. I’d called up my auntie before going and I told her about the programme. She also has diabetes and so was really reassuring and told me not to worry as she was also eating very healthily. So I took my shakes along with me.

My auntie was really supportive and would sometimes even offer to make the shakes for me. With the weather being so hot there, I would fill the container, add some ice and it felt like I was having a milkshake.

Being in Barbados made the food reintroduction easier.  I’d made my mind up to not have any sweets and my auntie cooked lots of vegetables, fresh fish and chicken, with plenty of salad.

Before and After Pictures of My Weight Loss Journey

Advice to anyone starting the programme

If I were to give advice to anyone starting the programme now it would be:

For more information about the Diabetes REWIND Programme, click here.

Want help to put your type 2 diabetes into remission? Discover the REWIND programme