Peter has been living with type 1 diabetes for 47 years. 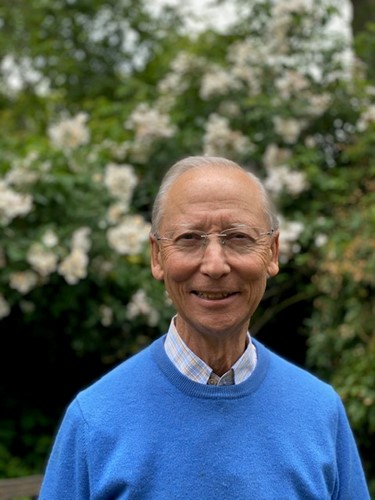 I find it relatively easy to count the carbs in a structured meal, although puddings away from home tend to just be a guesstimate, so my wife and I usually share a restaurant dessert, which halves the effect of a miscalculation. It’s more difficult to keep track of things on either side of the meal. If you eat nuts or crisps with a drink before a meal, it is challenging to keep up with yourself and possibly best to decide beforehand, how much you are going to eat, and put it out on your own plate, so you can count it accurately. (As a guide, a 25g bag of potato crisps contains 15g of carbs.)

If I was a milk chocolate lover, I would inject a half unit for one piece (6g carbs) or one unit for two pieces (12g carbs). As the chocolate is full of fat it will convert slowly into glucose, which is why it is not good at treating hypos, and why you don’t need to inject it 20 minutes beforehand, whereas, at mealtimes, if you can inject twenty minutes before the meal, you will get less of a blood glucose spike.

The meal that I have the most difficulty with is an Indian one, probably because it is not part of my normal diet. I tend to eat too much rice to mop up the hot curry sauce rather than deciding on how much rice to take at the outset and sticking to it.

(A 200g portion – a cup of cooked basmati rice - contains 50g of carbs). I can gobble naan and fail to track quite how much I am eating. (Half a naan typically weighs 65g and contains 30g of carbs.) I am also usually drinking lager beer and can easily forget that each half-pint is 10g of carbs. An Indian meal is a special treat for me. If I was Indian, I hope I would keep better track of all those carbs.

The most carb-heavy food that I occasionally consume is pizza. A thin-cut 12-inch pizza with eight slices has 20-25g of carbs per slice, or 160-200g of carbs if you eat the whole pizza. Clearly, if you are a retired office worker like me, half of this medium-sized pizza is quite enough, if you don’t want to put on weight. Somehow, pizza is moreish, so don’t forget you can always top up your insulin with another injection if you need to.

That’s quite enough of my dietary confessions.

Thanks for sharing your experience of living with type 1 diabetes and the challenges with your solutions which is so valuable for both patients and professionals. I agree that planning your insulin dose for an Indian takeaway or a pizza are big challenges because of the excess salt, saturated fat, sometimes unpermitted colouring agents and sugar that make carb-counting more difficult.

Please take a look at the 'World Foods' resource on our website for more information and I would suggest that, rather than opting for a takeaway, you could instead try making a simple Indian meal if possible. That way you can plan the exact amount of carbs, protein and fat in advance. However, I understand that it's not always possible to cook, so would suggest opting for more Tandoori or Grilled chicken or fish options, instead of a big curry, and perhaps opting for brown rice or a simple chapatti to go with this, of course checking the contents of the chapatti before consuming.